A World War II Veteran in England has raised over $3 million for the NHS by walking laps in his backyard.

Tom Moore, 99, says the NHS has been doing “marvelous” work after helping treat him after a hip replacement and having skin cancer on his head. 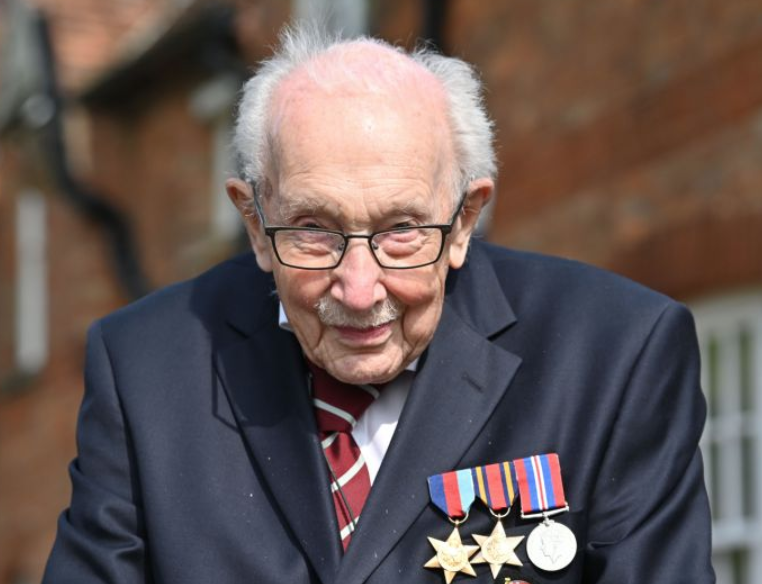 As a thank you, the former civil engineer has been doing laps in his 82-foot backyard daily. He hopes to complete 100 laps by his 100th birthday on April 30.

Moore began the laps on April 6 and initially set a goal of $1,000 for NHS Charities Together. He was just expecting local people in his community of Marston Moretaine, Bedfordshire to support him. However, after getting headlines in English newspapers, Moore very quickly reached his goal and has since raised millions of dollars to help healthcare professionals on the frontlines.

“I thank the British public from the bottom of my heart. It’s difficult to imagine all these kind people who have donated so far. It’s just amazing,” Moore said.

“We are overwhelmed by the response. It’s extraordinary,” Ingram-Moore tweeted.

When I started this journey last Monday, my target was £1,000 for our incredible #NHS

Since this morning, we have raised another £1.2 million pounds.