Father Of Four Opened A Store To Prove That Dads Aren't Babysitters, They're Parents

Lately, it seems that the media has a field day whenever funny "left the kids home with dad" stories arise on the internet. But, not everyone is laughing at the idea of a dad "babysitting" his kids.

One person in particular is Don Hudson, a dad of four--who says that he's been referred to as a babysitter too many times to count. "It's an insult," Hudson told The Huffington Post. "We're not babysitting. We're parenting. They're our kids." 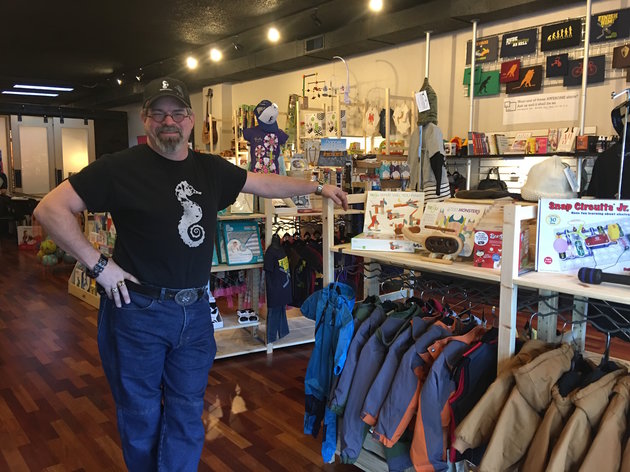 So, in order to prove to the world that dads are parents too, Hudson opened Seahorses in Portland, Oregon, on June 17, 2015--which, according to their website is "a place for modern dads and their kids."

Seahorses not only carries all the essentials that a dad (or, any parent for that matter) could possibly need--but also hosts events such as dad workshops and baby sign language classes. Hudson explains that he prefers to call Seahorses a "place" rather than a store.

Now, the store, which has rightfully been named one of the best places in Portland to shop for kids--is recognized as a place that not only appeals to dads, but all types of parents, as well. 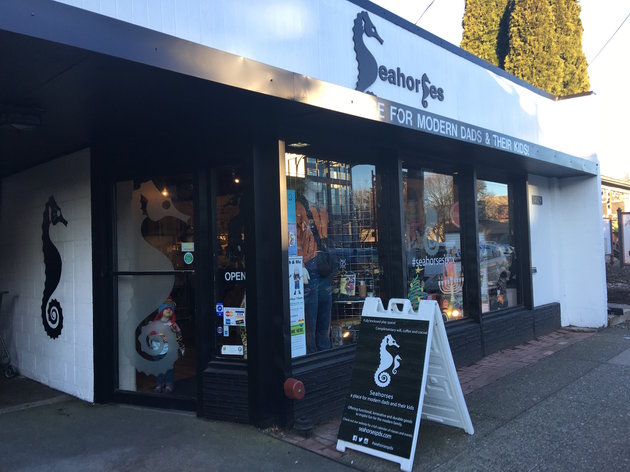 "Over time it's been recognized in the community as a legitimate kids' store where you can get these really cool products in a very comfortable environment that appeals to not just dads, but the LGBTQ community and moms as well," Hudson explained. "It seems to appeal to everybody."

And, while Hudson hopes to one day open Seahorses locations all around the country, he's just happy for now to know that he has helped defy stereotypes. "We've successfully conveyed the message that dads are competent parents. We're not a bunch of bumbling idiots like the media portrays," he said.

"If you leave the kid alone with dad, he's not going to be home stuck to the wall. Not everyone puts sharpie marker on their kids’ eyebrows just to get a good picture out of it. We're in the trenches, too."