For some of us, elementary school feels like a hundred years ago--yet it seems that almost everyone can remember at least one classmate that gave us trouble on a regular basis.

Well for fifth-grader Zoë, that bothersome classmate is a boy named Noah. We're not sure what the whole backstory is, but it appears that Noah likes Zoë a little bit more than just friends, and has some trouble keeping his hands to himself. But, don't worry--tough little Zoë doesn't back down easily.

According to a letter that Zoë's teacher sent to her friend, the fifth-grader had no problem laying down the law. In fact, she put together a rather impressive list of rules for Noah to abide by if he doesn't want to run into any problems. 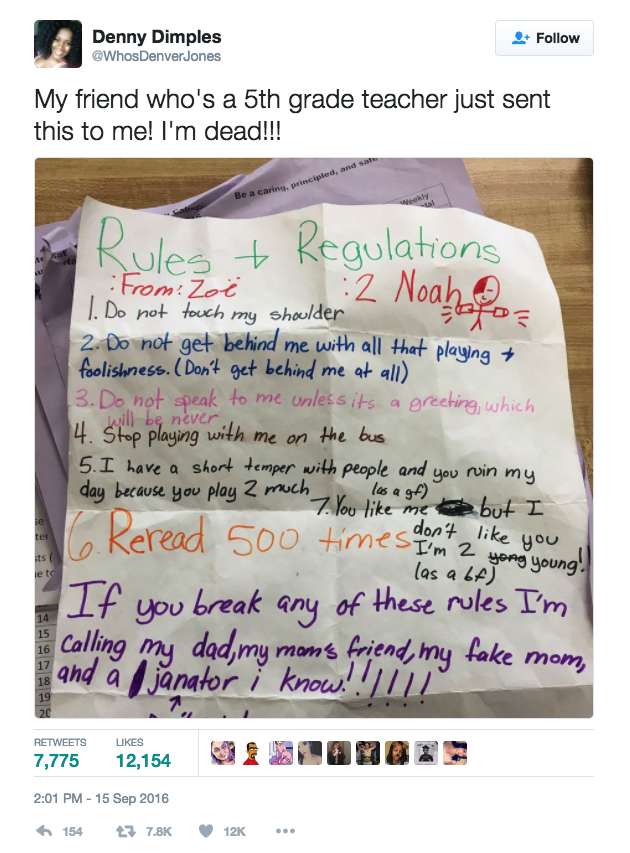 The full list of "Rules & Regulations" are as follows:

And, at the end of her list, Zoë also added that if Noah broke any of these rules she would call her dad, mom's friend, fake mom, and a janitor that she knows!

Needless to say, Zoë is not one to be messed with.