Her Letter About Police Cats Is Too Cute To Believe

There is a special bond between a police officer and their K9 partner. Perhaps, the only bond that can rival it is the connection between a child and their pet. One little girl loves kittens so much that she wrote a letter to her local police department asking why they employed dogs but not cats.

Eliza Adamson-Hopper is the adorable 5-year-old author of the letter sent to the Durham Constabulary police department in the U.K. Her letter told the K9 friendly officers about her cat named Mittens. She informed the department that cats like Mittens would make great companions because “they have good ears and could listen for danger.” Little Eliza also noted that their climbing skills could help people who get stuck in trees.

Eliza’s mother helped her send the letter but never expected to get a reply. Well, the Durham Constabulary police station fell in love with Eliza’s letter and wrote her fantastic a response. Officer Barton wrote back telling her that he shared her passion for cats and would certainly ask his Inspector to consider the idea. He even drew a picture of his own cat on the back noting, “I’m not a very good drawer though.”

Take a look at the adorable exchange below and share Eliza’s story with all your friends who love cats as much as her! 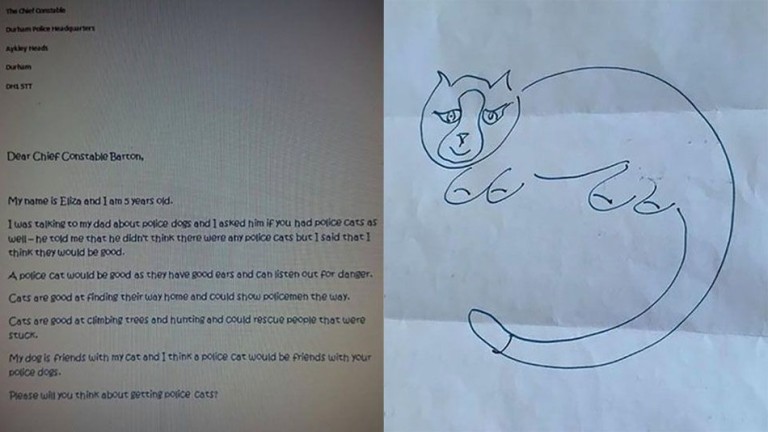 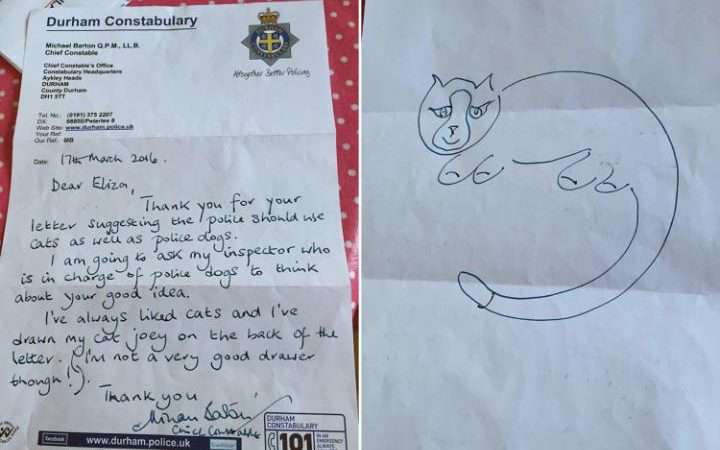