Moms Are SHOCKED By The Recall Of This Family Favorite Treat That's In EVERY Home!

Quaker Oats has dozens of breakfast products that are a staple in most family homes. But, a recent recall by their parent company, PepsiCo, has moms and dads questioning the quality of Quaker.

The company pulled their Quinoa Granola Bars from shelves due to a possible risk of Listeria contamination.

Quaker has emphasized that there have been no reports of illness to date and the recall is “out of an abundance of caution.” They’re working directly with the U.S. Food and Drug Administration to investigate the issue. 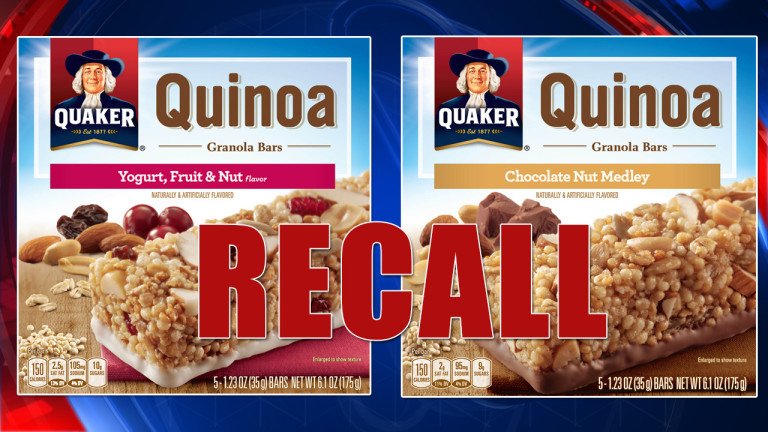 It’s reported that the recall was due to an ingredient that was found in one of their sunflower kernel suppliers. The ingredient held a bacterium that could be harmless resulting in short-term symptoms or it could be dangerous for children and the elderly who have weakened immune systems.

The company is urging customers who purchased the products to return them to where they bought them. Or, they can call (800)-856-5781 for more information.