Becoming a parent is one of the most rewarding experiences in the world. But unfortunately, a natural pregnancy doesn't always come easy to some, resulting in hopeful parents exploring other alternatives.

After Jennie and John Hill went through five devastating miscarriages, they learned that Jennie had a rare chromosome disorder and that because of this condition, she had a 95 percent chance of losing any pregnancy.

But, even after learning this disappointing news, the couple wasn't ready to give up just yet. They decided to meet with genetic counselors and were elated to hear that in vitro fertilization was still an option.

"IVF gave us a gift of hope, strength, and courage. We knew going into it that God held our future in His hands and that is where we found peace through the process," Jennie revealed to POPSUGAR.

The couple decided to use their situation to educate others on the process by blogging the entire way through their IVF experience.

"I came to learn through our own heartache that many struggle to talk about their losses, some believing they have nowhere to turn. Yet, there are even some who are afraid that others may look down on them," Jennie said.

"Not many will talk about options like IVF. We have learned that the miracle of science can be amazing! It should be talked about. It's not a shameful thing, it's an amazing experience that can give so many hope!" 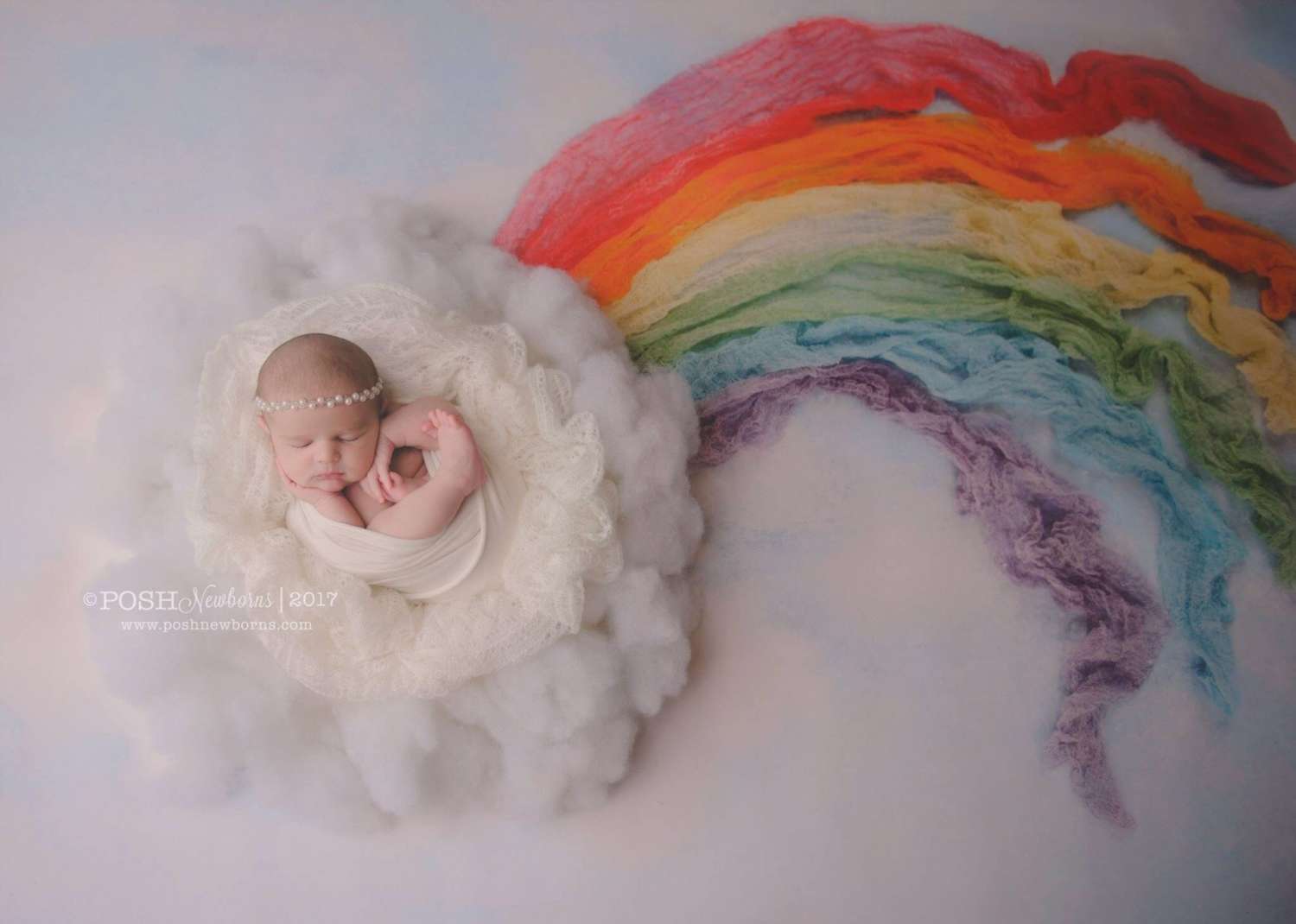 In an attempt to shed light on the rather taboo topic, Jennie saved most of her injection needles which ended up making for a rather incredible series of pregnancy photos to announce that they were expecting their rainbow baby Harper Grace!

"We wanted to continue the rainbow theme in our announcement and newborn photos (taken by some amazing professional photographers who captured our story perfectly)," Jennie said. "After all, a rainbow baby is significant of a rainbow after a storm. After all our losses and heartache, our rainbow has finally came! Some things are worth waiting (and working!) for!"