A wildlife trust in Kenya recently reported that a rescued zebra gave birth to an interesting hybrid baby, a zonkey. A zonkey is a cross between a zebra and a donkey. 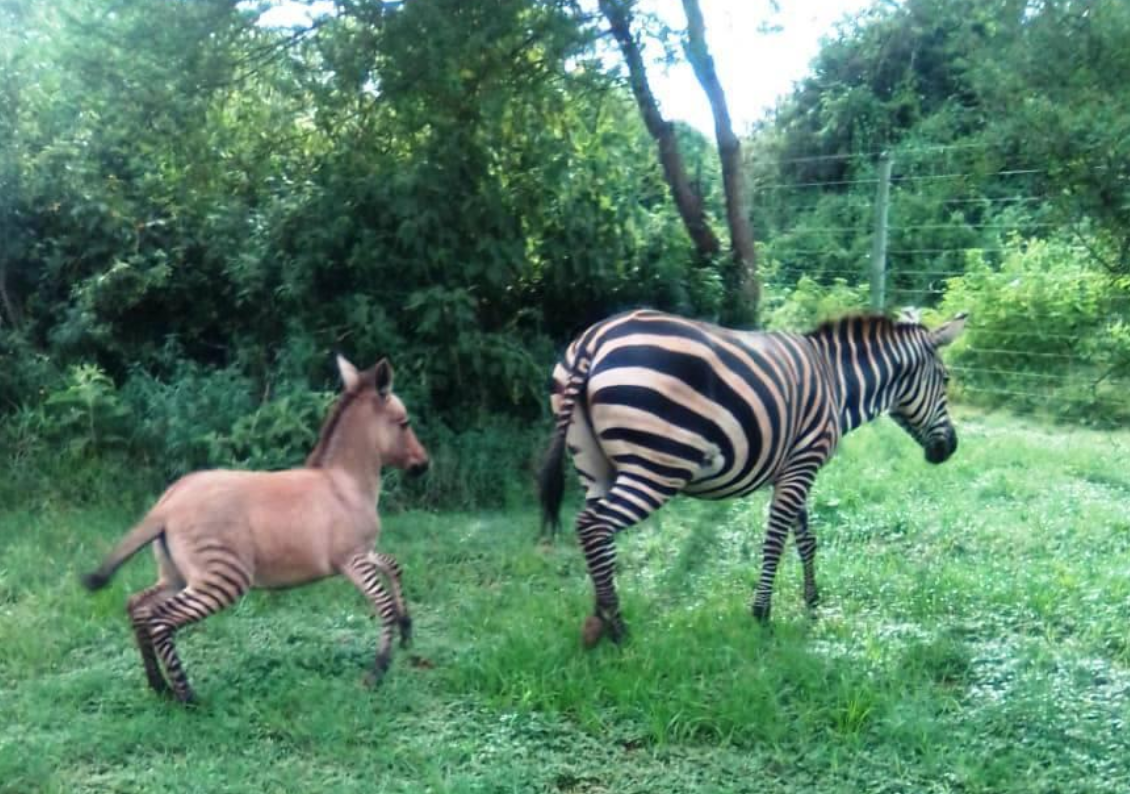 The Sheldrick Wildlife Trust said the female zebra had wandered out of the Tsavo East National Park and was recovered by the trust in May 2019. The zebra became an “honorary member” of a woman’s cattle herd close by.

The zebra was at the Kenze Anti-Poaching Team’s base in Chyulu National Park when in an animal kingdom version of “I Didn’t Know I Was Pregnant,” the zebra gave birth to a foal.

Team members immediately noticed that the foal was “suspiciously light on stripes and overwhelmingly tawny in color.”

“At first, we thought that it had been wallowing in the mud bath, but then the truth dawned on us: our wayward zebra had given birth to a zonkey,” the trust said.

Zebras have a gestation period of 1 year, which indicates that during the zebra’s time with the cattle, she must have had an encounter with an amorous donkey.

Experts said it is “highly unusual” for a zonkey to be born to a wild zebra.